skip to main | skip to sidebar

If You Really Must Know 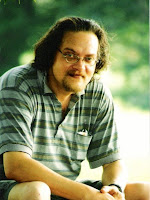 My friends call me Mak. I’m a disabled Electronics Engineering Technician, Technical Writer, and Air Force veteran. In case my photo doesn’t make it clear, I come from a mixed heritage that includes Black, White and Native American. And trust me, my heritage – not to mention my appearance, has most definitely had an impact on my life.

I absolutely DO NOT claim to be an expert at or on anything. While I have spent my entire life watching, listening and reading in an effort to understand myself, other people, and the world we live in, I hope I’ll never be warped enough to claim that I have all the answers. And I have faith that no one else will make such a mistake either. It’s like that old joke about the ex-spurt: “Sonny, back when I was just a spurt like you…” I pray that I never come across as such an old fool.

I’ve always loved to write about my thoughts. Although my military training was as a Weather Observer Technician – which appealed to my love of science, and my education was for Electronics Engineering – which appealed to my love of technology, my primary loves have always been philosophy and writing. I didn’t choose them as a career because I had a family and didn’t think that they could produce the kind of immediate income a growing family requires. This Weblog allows me to pursue both while working through some personal issues in a kind of self-therapy journal.

My favorite movies include Harvey, The Day The Earth Stood Still, The Fountainhead, High Noon, The Sound Of Music, Victor/Victoria, The Andromeda Strain, The Abyss, 2010, Firestarter, The Shining, The Unforgiven, The Mask, Liar Liar, Bruce Almighty, Contact, along with the Alien, Lord Of The Rings, Predator, Spider Man, Star Trek, The Matrix, and X-Men films, and all of the great comedies about ecentric inventors as well as every movie starring Jerry Lewis. I know I’m asking for disappointment, but will some great visionary please bring Atlas Shrugged to the screen?

My favorites from television include 24, Battlestar Galactica, Boston Legal, Burn Notice, Charley Rose, Criminal Minds, Damages, Eli Stone, Eleventh Hour, Eureka, Flash Point, Fringe, Frontline, House, Heroes, Joan of Arcadia, Knight Rider, Life, Mind of Mencia, Monk, NCIS, Nova, Numbers, Psyche, Saving Grace, Smallville, Terminator: The Sarah Connor Cronicles, The Daily Show, The Mentalist, The News Hour, The Unit, Two And A Half Men, and all of the CSIs, Law & Orders, Stargates, and Star Treks. Not listed are the inumerable shows with fantastic potential that somehow failed to get the support they deserved. Of these, my all time favorite was The Greatest American Hero.

Please note that none of the above lists are exhaustive, the authors and movies in particular. In all honesty, if a person or a group, through whatever media they choose, causes me to think – especially when good humor is used to do so, chances are I would include it on my list of favorite things. And at the top of that list would be everybody who has ever dared to use great comedy to pry open the eyes of the intentionally blind.

I don’t get out much. In fact I’m very uncomfortable around other people. I’m even uncomfortable with questions about my discomfort at being around other people. And for those who might wonder why such questions would cause me discomfort, it’s because questions like that evoke the image of people gleefully rubbing their hands together at the prospect of having a ‘weirdo’ they can torture to help alleviate their own anxiety caused by the secret belief that they are weird themselves. Would you feel comfortable saying that to someone?